NMB Museum is bringing HOPE to the Grand Strand!!

The traveling exhibit “Bob Hope: An American Treasure” celebrates the life and times of the Guinness Book of Records’ “most honored” man.

Hope’s story is narrated in first-person comedy, combining anecdotes, quotes, jokes, and stories from all aspects of his life. The exhibit includes more than 170 artifacts, 200 vintage photos, and seven video displays that chronicle Hope’s early years as part of an immigrant family in the early 20th century; his rise as a star of stage, screen and radio; the relationships he had with U.S. presidents; his devotion to the U.S. military; and his love of golf.
The exhibition opened at World Golf Hall of Fame in November 2008. Audiences in the U.S. and England have viewed the exhibit, but it has never been displayed on the East Coast.  Previous venues include: Wings over the Rockies Air and Space Museum in Denver, CO; National World War II Museum in New Orleans; Gerald Ford Presidential Library in Grand Rapids, MI; and Green Bay Packers Museum in Green Bay, WI.
“It’s a privilege for our Museum to host the exhibit on an international celebrity. We couldn’t have done it without a significant grant from the Bob and Delores Hope Foundation and accommodations-tax funds from the City of NMB,” shared Dick Hester, chairman of the Museum’s board of directors.
“Bob Hope: An American Treasure” will be displayed in North Myrtle Beach from May 1 through August 31.
The 2100-sq-ft exhibition will occupy the Museum’s main gallery.
More info at http://Bob Hope An American Treasure 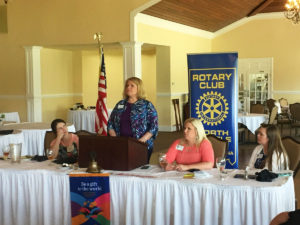